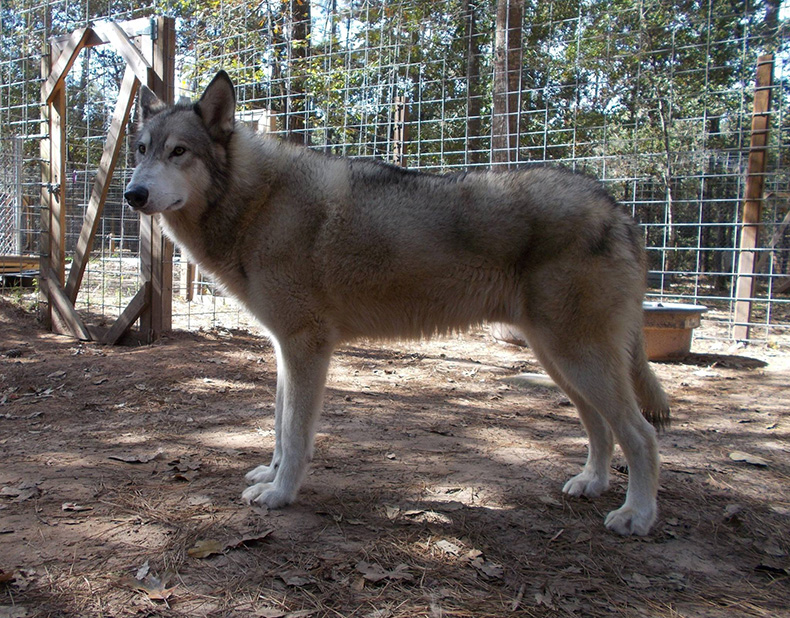 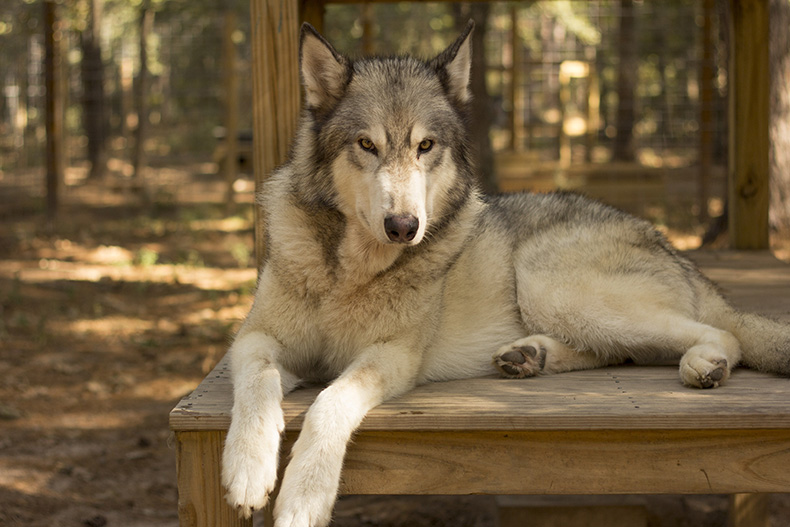 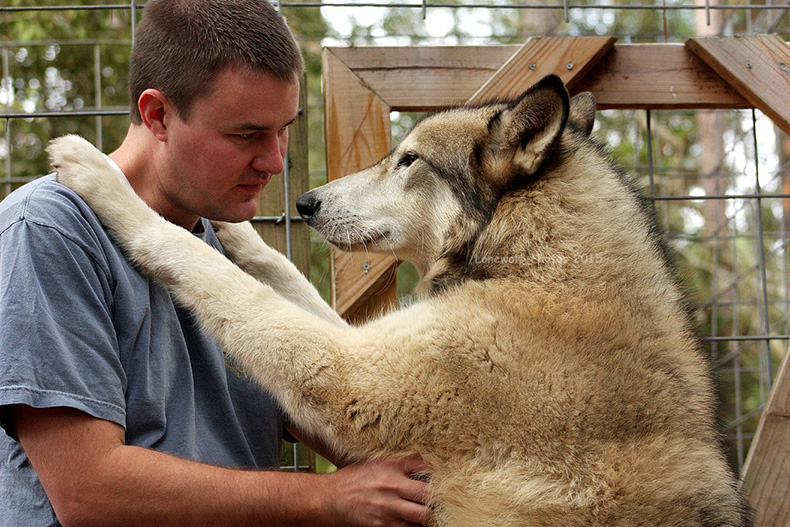 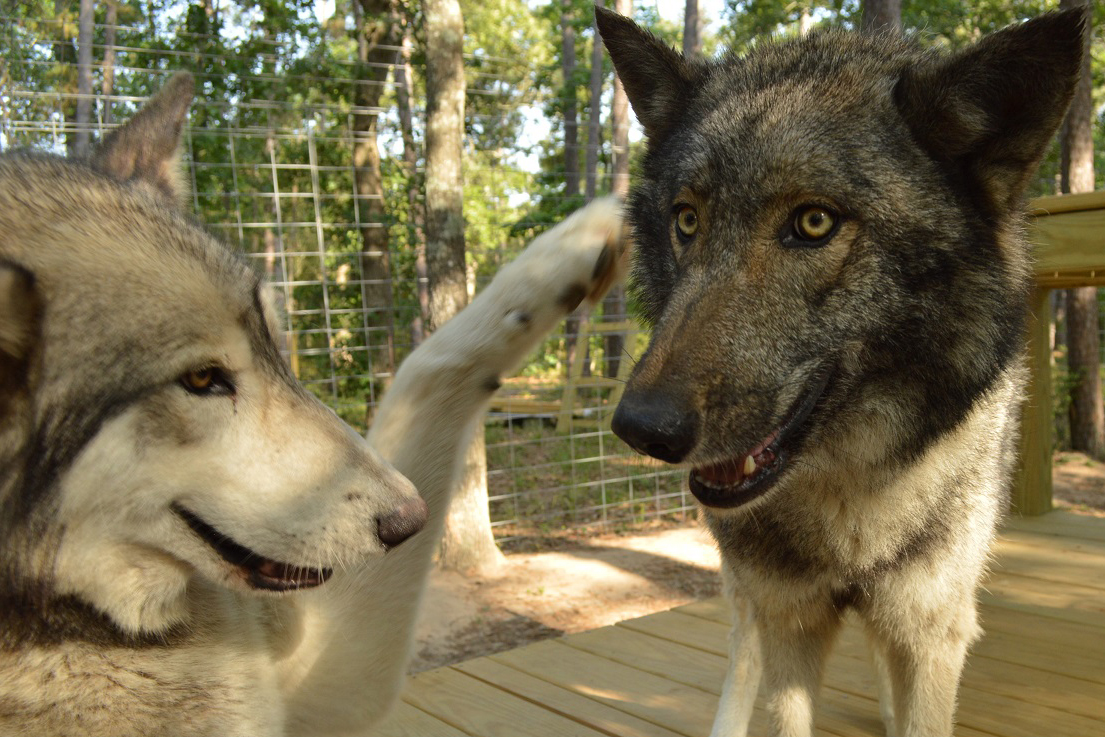 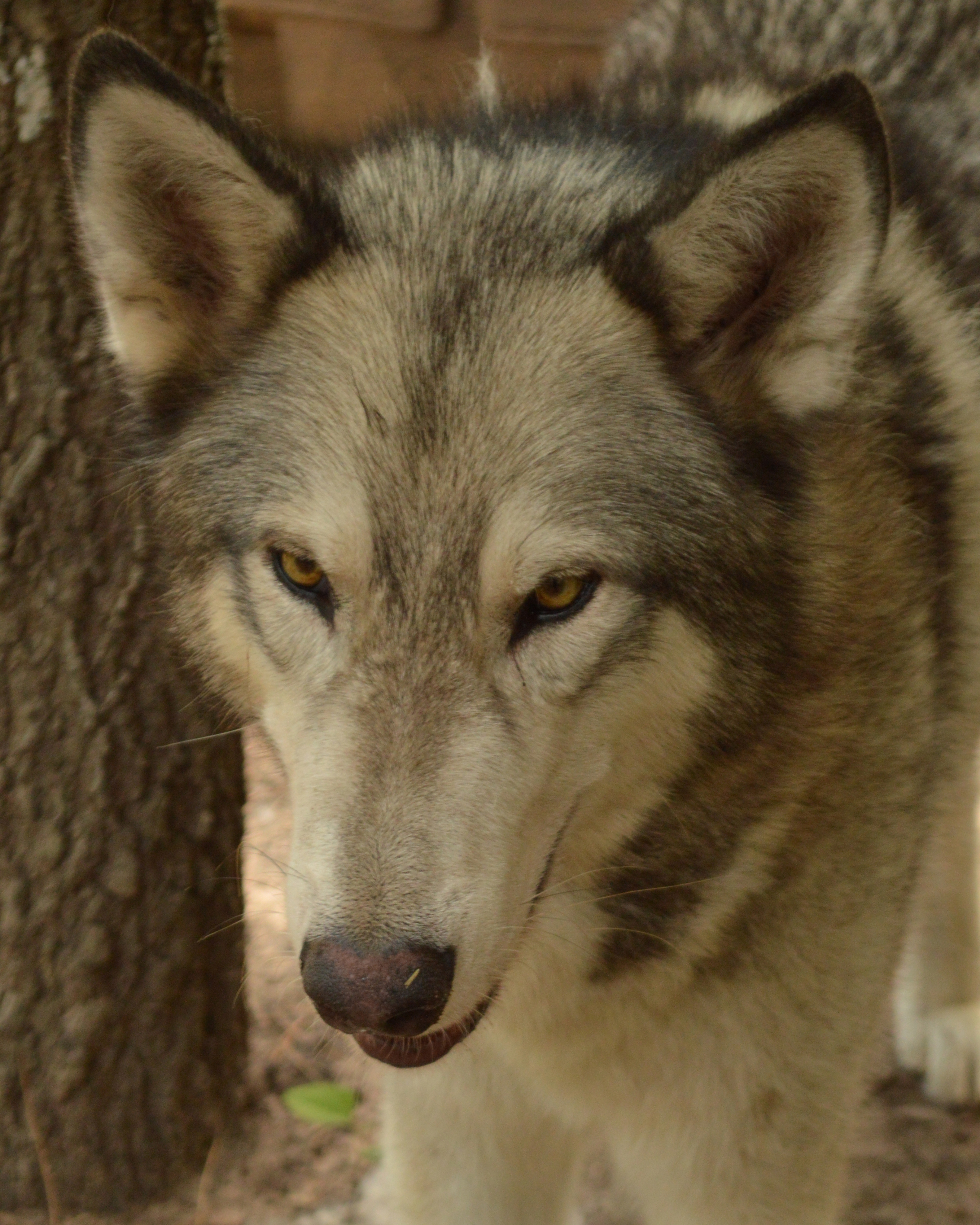 Havoc invented handsome and is one of the favorites at TWP. He was probably born in 2011 near San Antonio. His owner was an unscrupulous breeder who misrepresented puppies as wolves. When the local authorities caught up with him, the breeder released all his animals into the neighborhood. Thankfully animal control caught Havoc and some of the others. In 2013 he came to TWP. Havoc is a gentle laid-back guy who moves his lips like a puffer fish when he sniffs you and he leaps for joy on his walks. Havoc has also been seen helping one of the young volunteers with her homework. Even though Havoc loves his roommate Siren, he really wants to be part of a family who loves him.