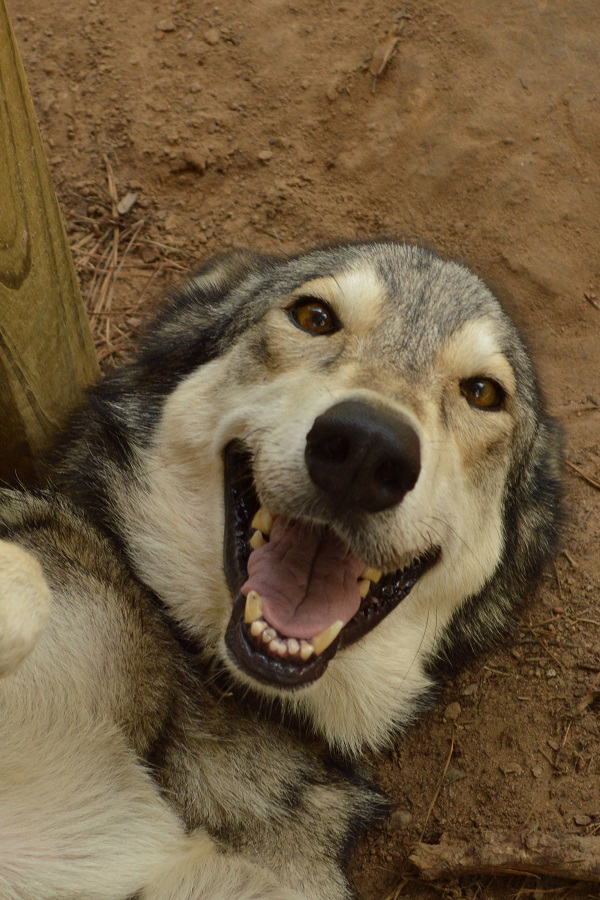 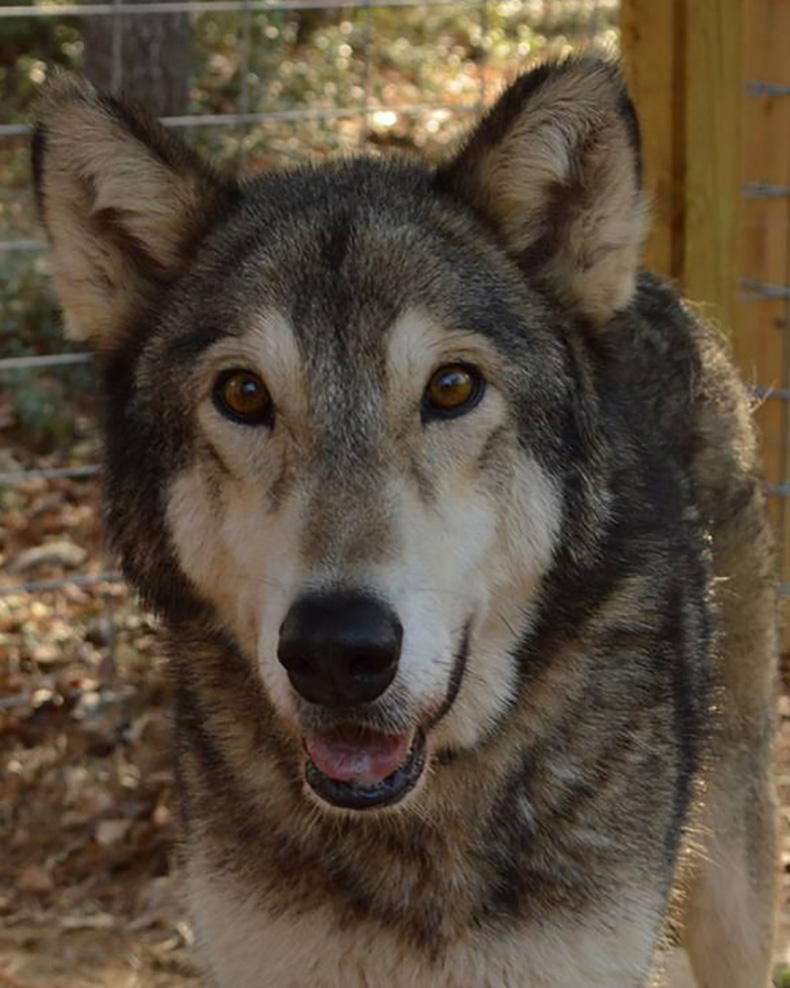 Waya, born in 2010, is a beautiful low content girl from Tulsa, Oklahoma. She was confined to a puny 10 x 10 cage in a backyard and did not receive the attention she deserved, so she spent her time digging out of the fence. Finally, after being captured several times by animal control, a local wolf dog group contacted TWP. Waya is now part of the TWP Staff as the official greeter. Recently she took on a second role as mentor to a maladjusted, unsocialized young male wolf dog, Malakai. Thank you Waya for helping others who need the attention of an experienced rescued wolf dog.