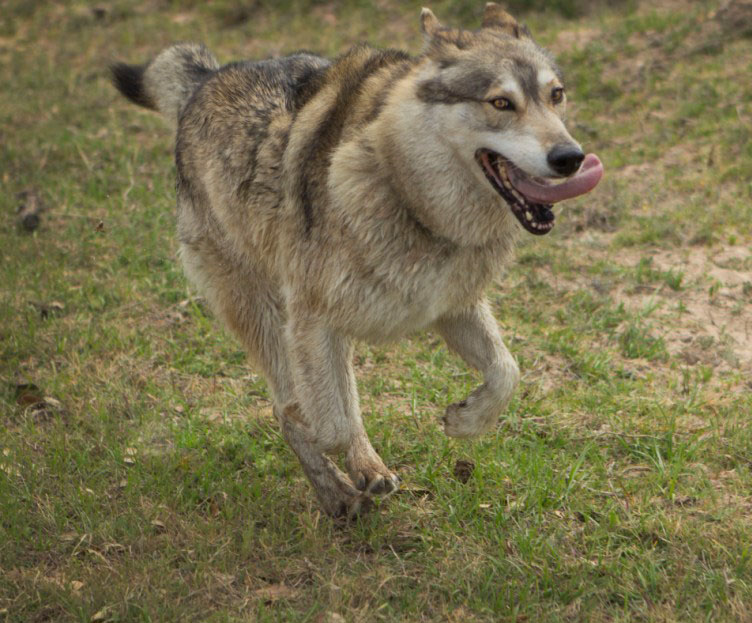 I was contacted about Timber on November 30th 2008 through Saint Francis Wolf Sanctuary about a female Wolfdog who had been severely abused who was being kept at the Grand Prairie, TX shelter, but her time was short.  For those who don’t know most Wolfdogs are immediately euthanized when they are brought into shelters but fortunately Timber had a guardian angel, an animal control officer there named Tammy Chamness who was fighting to keep her from being euthanized since Wolfdogs are illegal in Grand Prarie. Tammy was determined not let harm come to this sweet girl. 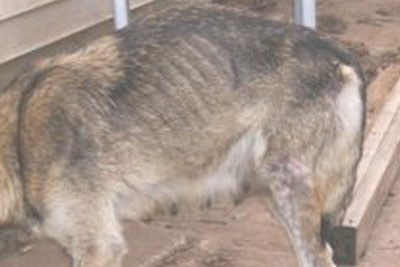 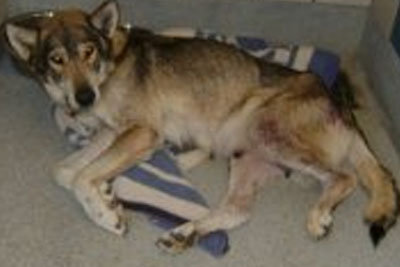 After seeing the pictures above I knew immediately I had to help this girl and having volunteered at NAWA and then Saint Francis Wolf Sanctuary for the previous seven years and then running Greater Houston GSD Rescue, I felt I was in the perfect situation to help. I knew from looking at the pictures that this girl was special but how little did I know how she would change my life. I contacted my German Shepherd rescue contact in Dallas named Julane Swank and the next day she temp tested Timber and confirmed everything Tammy had said she was - a sweet loving girl, just a little shy which is typical for Wolfdogs. 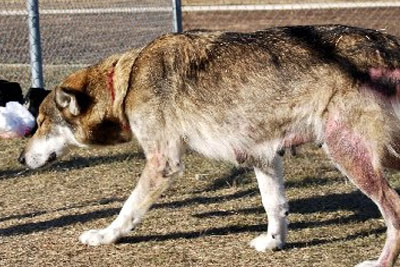 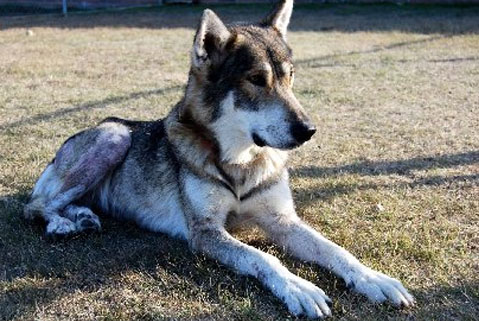 She also sent me the pictures above, showing how skinny Timber was and how her hair had started to fall out from the starvation she endured.  I immediately made plans to bring her home, I got help from Greater Houston GSD Rescue who agreed to take her in under the rescue so that I could foster her since the shelter would only allow a rescue to take her in.  That Friday I and a good friend of mine Jamie Simpson loaded the crate in the Tahoe and did an early morning drive to Grand Prairie just south of Dallas.

We got there and Tammy immediately took her in the yard to meet her. I knew at first sight this would be my girl and I was going to do whatever I could to help her.  It took some work but after sitting in the yard and slowly moving closer Timber rolled over and let me give her a nice belly rub.  We also tested her with treats and toys and she passed her tests with flying colors.  We then loaded her up and took her home.

The first couple of weeks I had to work to win her trust and being a Wolfdog they are naturally shy of people, especially men, but I used my past knowledge of working with Wolfdogs at Saint Francis and within a short time she was licking my face and letting me sit down next to her on her dog bed.  The next six months Timber was on her way to recovery, eating a raw meat diet and working to get her to grow back all her fur. She took to living in the house better than I ever could have anticipated. 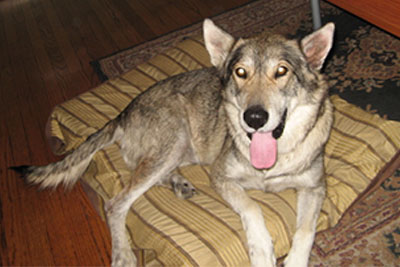 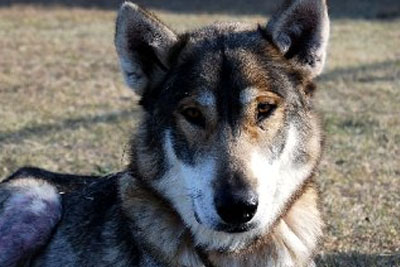 Over that time I continued to work with Timber on socializing her with many of my friends and roommates and their friends.  My home ended up being the perfect place for me to work with her to begin to lose her shyness with strangers.  Eventually towards the end of that six months Timber was no longer shy with visitors and even young kids. Timber loved the attention.  This made her a good potential ambassador and it just so happened that through my volunteer work Saint Francis Wolf Sanctuary they were in need of a animal who could do community outreach and interact with visitors. 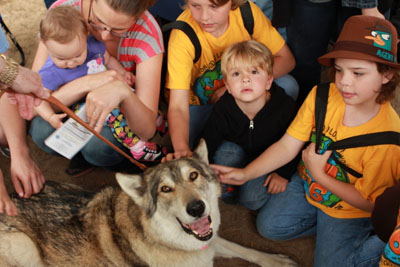 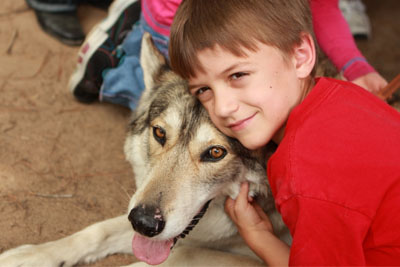 As you can see from the pictures above Timber became the perfect ambassador Wolfdog. As long as I was there she was patient enough to let many kids pet and love on her.  No other Wolfdog that I have known or heard of had the patience that Timber did.  In the five and a half years I had her we did at least two community outreach events per year and she met hundreds of people at each event.  By the end of her life she must have touched the lives of thousands of kids and adults who had met her. To this day we still have pictures mailed in from kids who drew her picture after meeting her. Everyone who met her came away with a smile on their face and a new understanding that Wolfdogs were not mean aggressive animals. 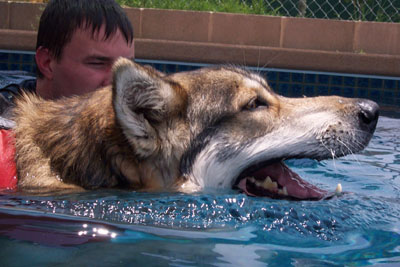 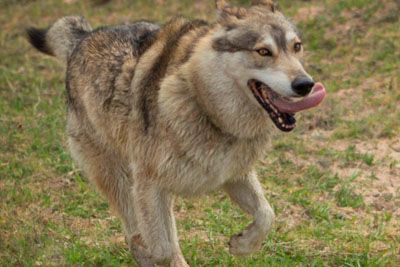 In addition to her ambassador work Timber enjoyed many trips to my family ranch to run in the fields and swim in the stock ponds and of course roll smelly things she found in the fields J  She also enjoyed going to swim weekly at Rummy’s Beach club due to having a bad case of hip dysplasia.

Timber and I spent a wonderful five and a half years together. She was my inspiration for founding Texas Wolfdog Project and I knew there were other animals out there like her who needed a place that could help them get healthy and find a loving home just like Timber did Sadly a little over nine months after we moved to Texas Wolfdog Project and started the rescue Timber was rushed to the Vet one morning due to pale gums and not eating her food. She ended up having cancer that had spread from her liver to her lungs and there was nothing that could be done.

I held her in my arms giving her comfort, kissing her head, and telling her how much I loved her and I would see her again as I let her cross the bridge on May 2nd 2014. Rest in peace baby girl - I loved you with all my heart and I know we will meet again on the bridge.