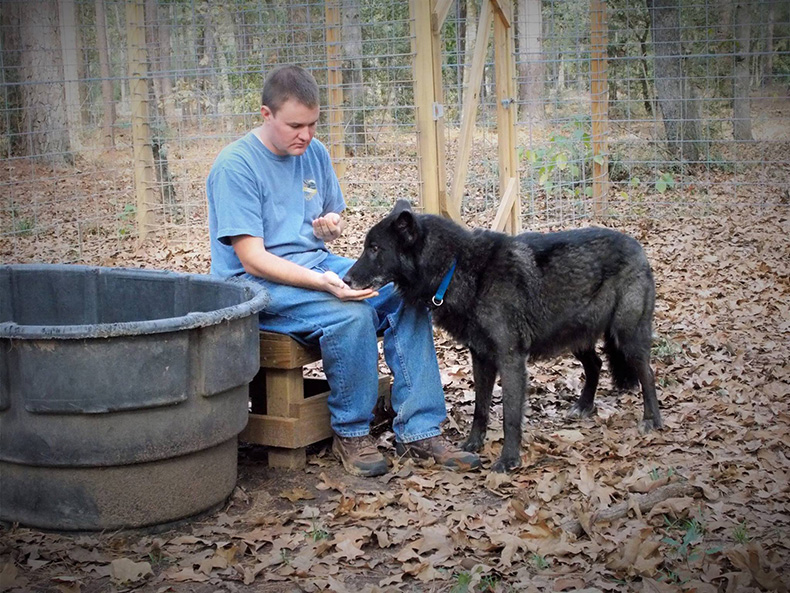 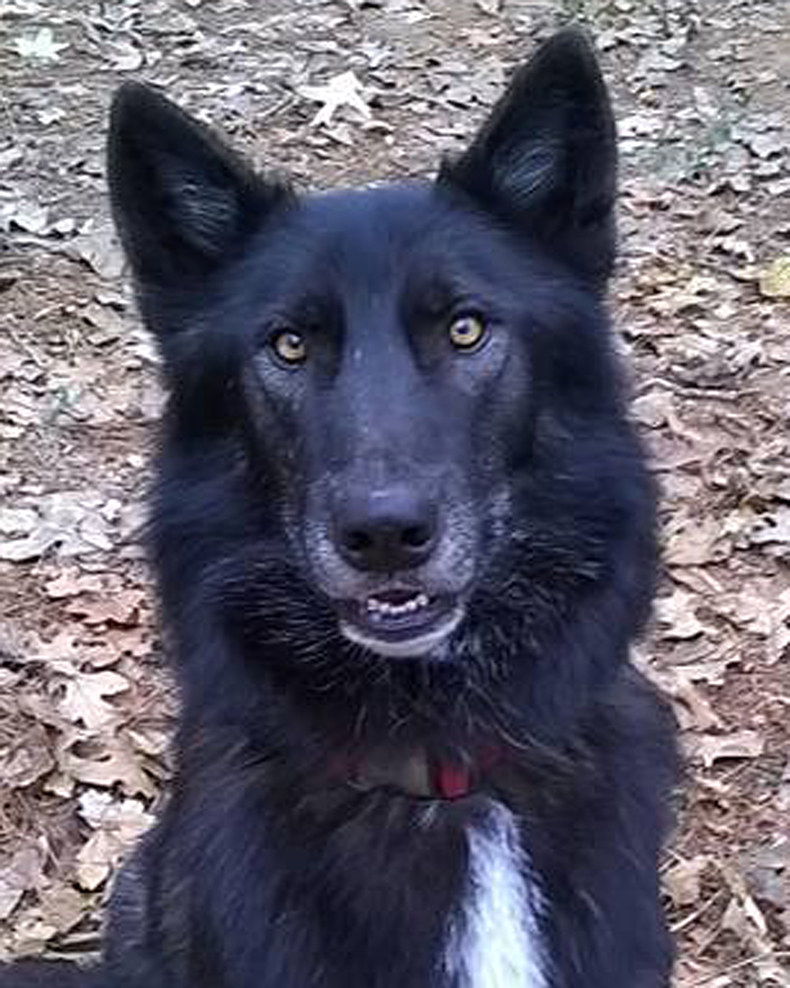 Domino, a mid-content male, was rescued from Harris County animal control by a gentle lady and her son. He lived with his people for about one and a half years. This was Domino’s opportunity to become a well-adjusted social animal. But his owner’s realized Domino needed more than a city-sized backyard. So, in 2014 Domino joined TWP as an ambassador. Now Domino enjoys all our social events as he helps promote the efforts of TWP and public awareness of the unique needs and special talents of wolf dogs. Recently Domino took on the additional task of mentoring Mishka Puppy. Domino especially enjoys meal time and playing with Mishka along with fulfilling his social obligations.

Good with big dogs:
No