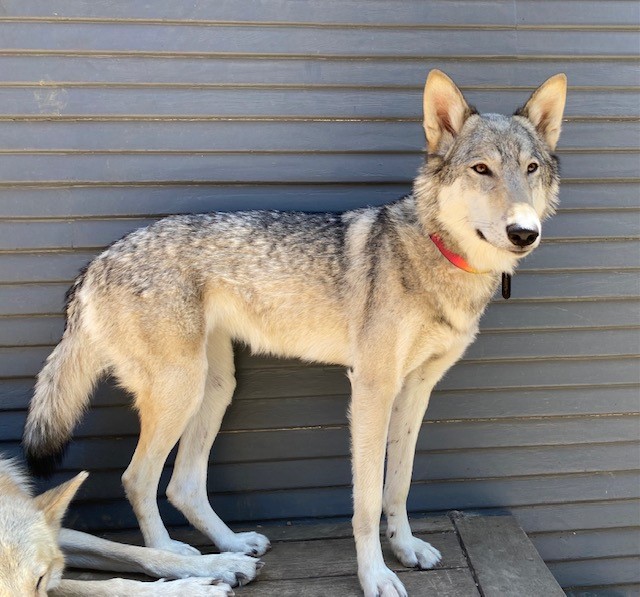 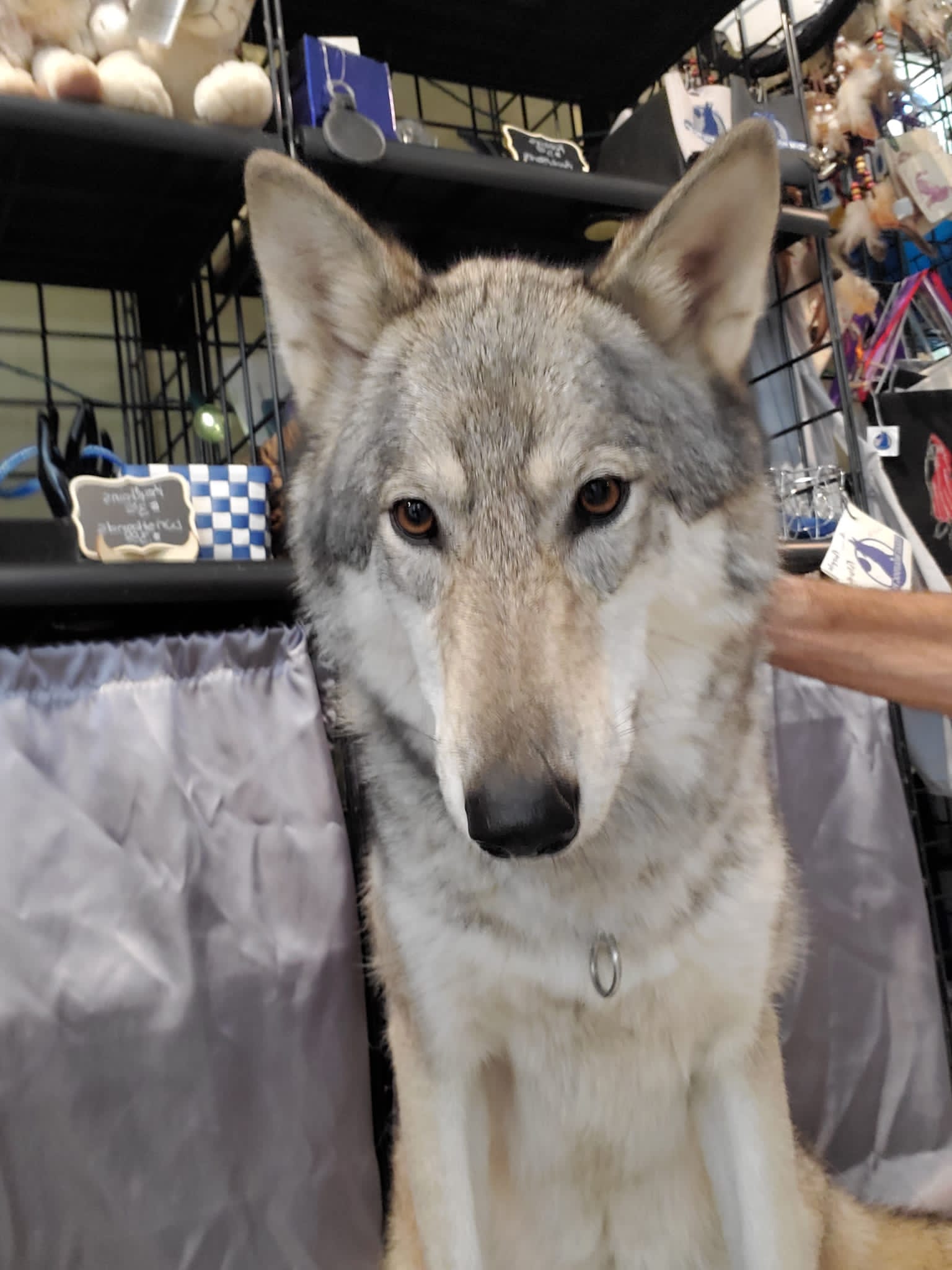 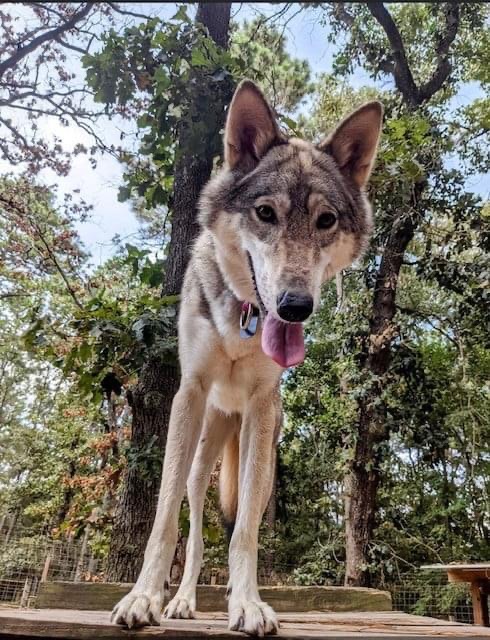 Hello! My name is Harper, and I’m a young mid-content wolfdog looking for a great home. Although I’m only a year and a half old, it’s been a rough time. I was in an abusive situation before TWP got me, and I’m still warming up to people. After being here, though, I’ve learned that I enjoy burning my boundless energy by going on walks and playing tag and peekaboo with the volunteers. They say I’m bossy, but I just know what I want. Mainly, that’s to be in charge and not to have any other female dogs around. And lots of snacks—definitely that. Not so much to ask, right? If you think you could be the right home for me, contact TWP and tell them you’re the home I’ve been waiting for!