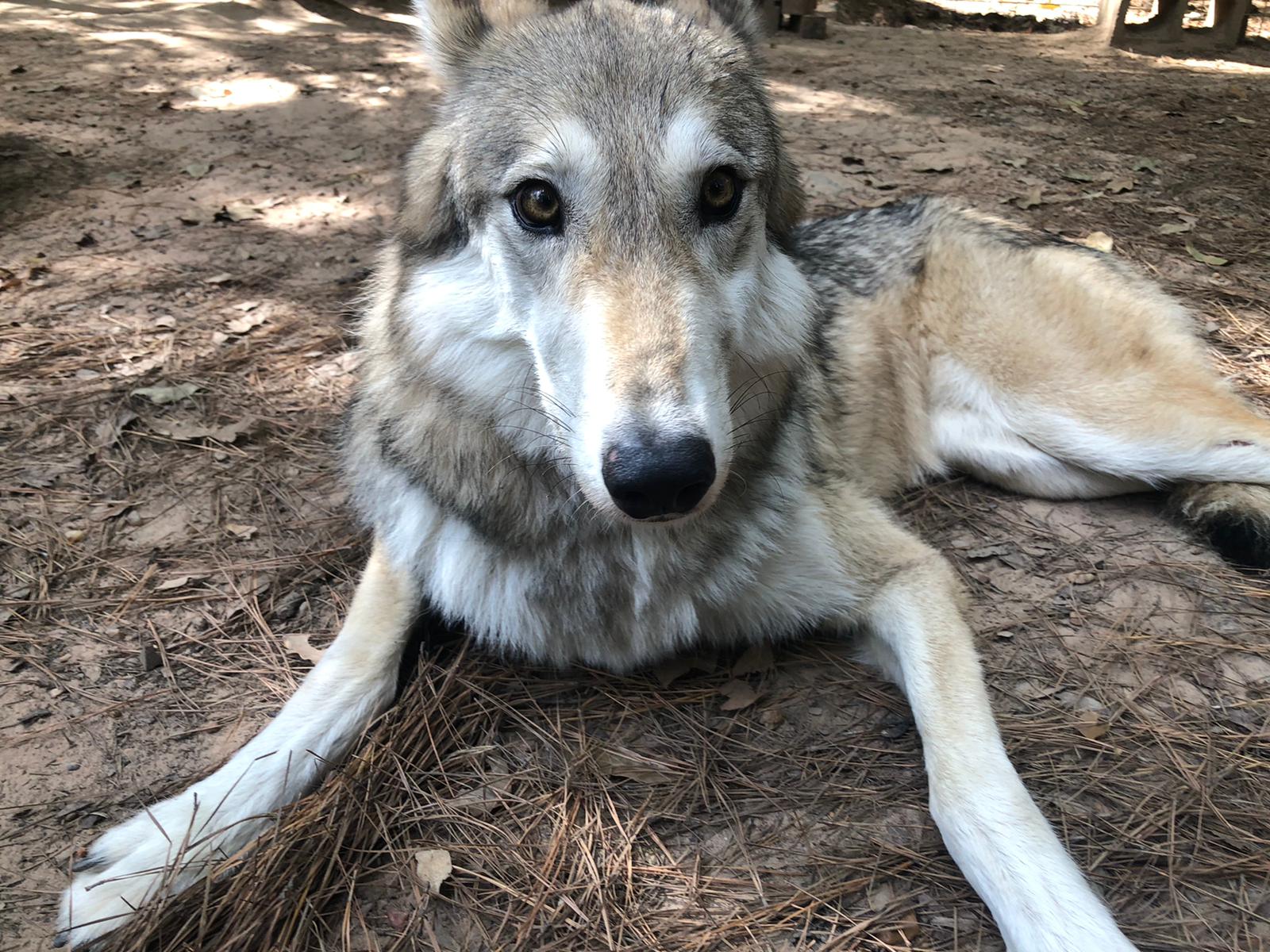 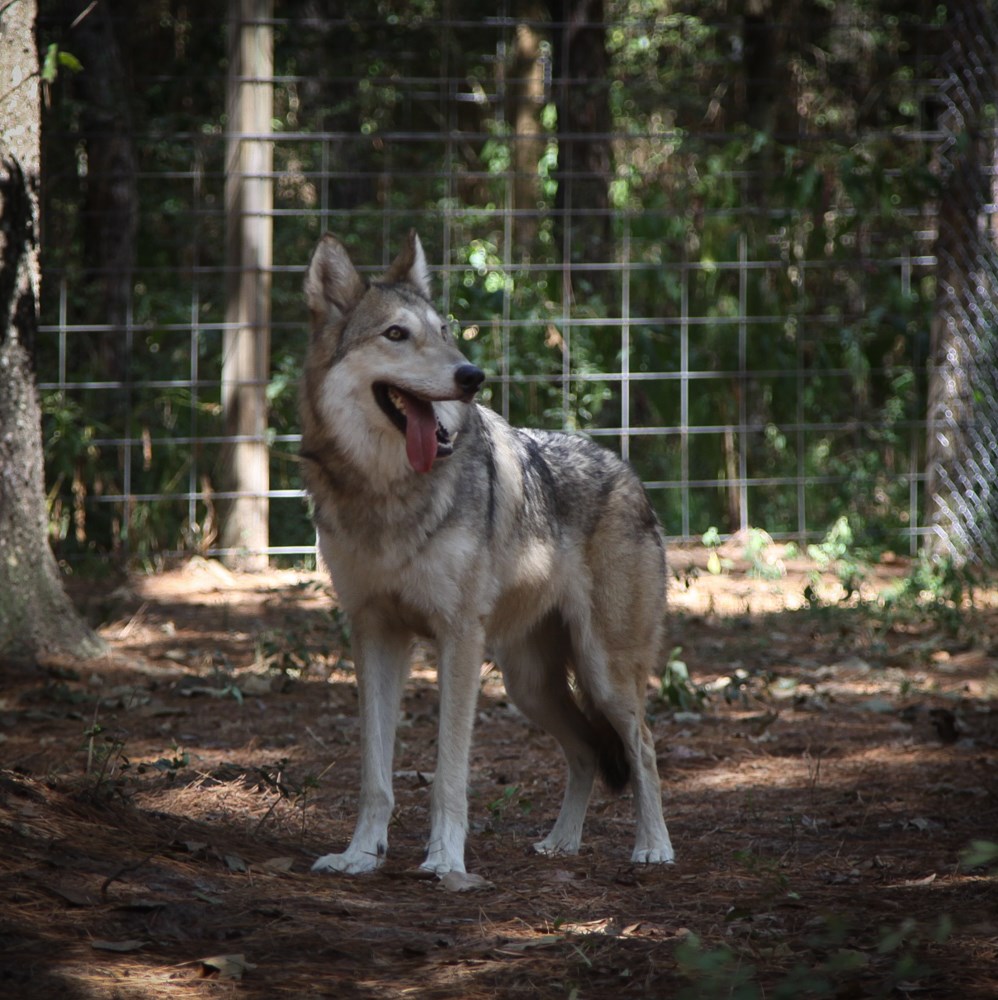 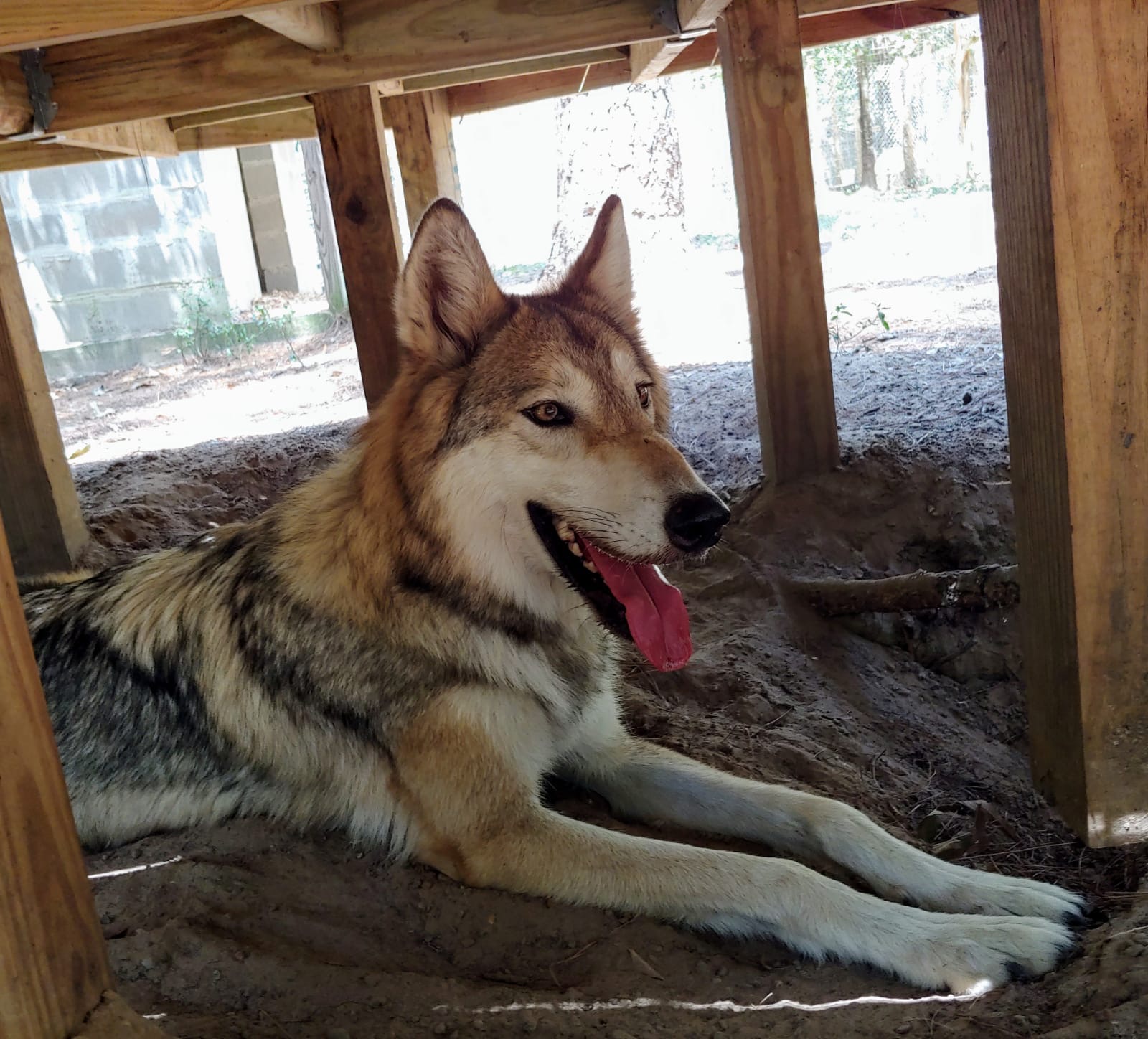 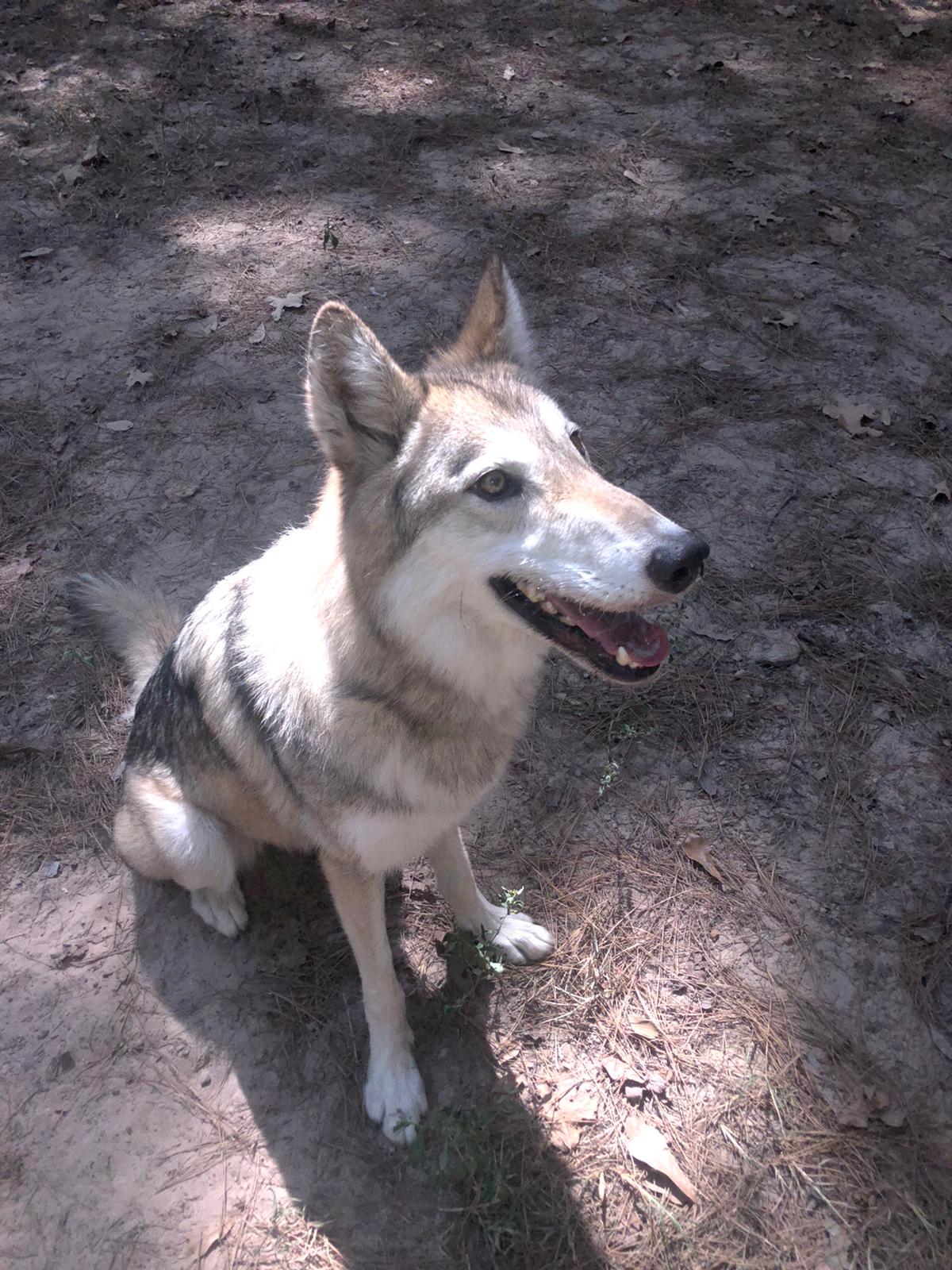 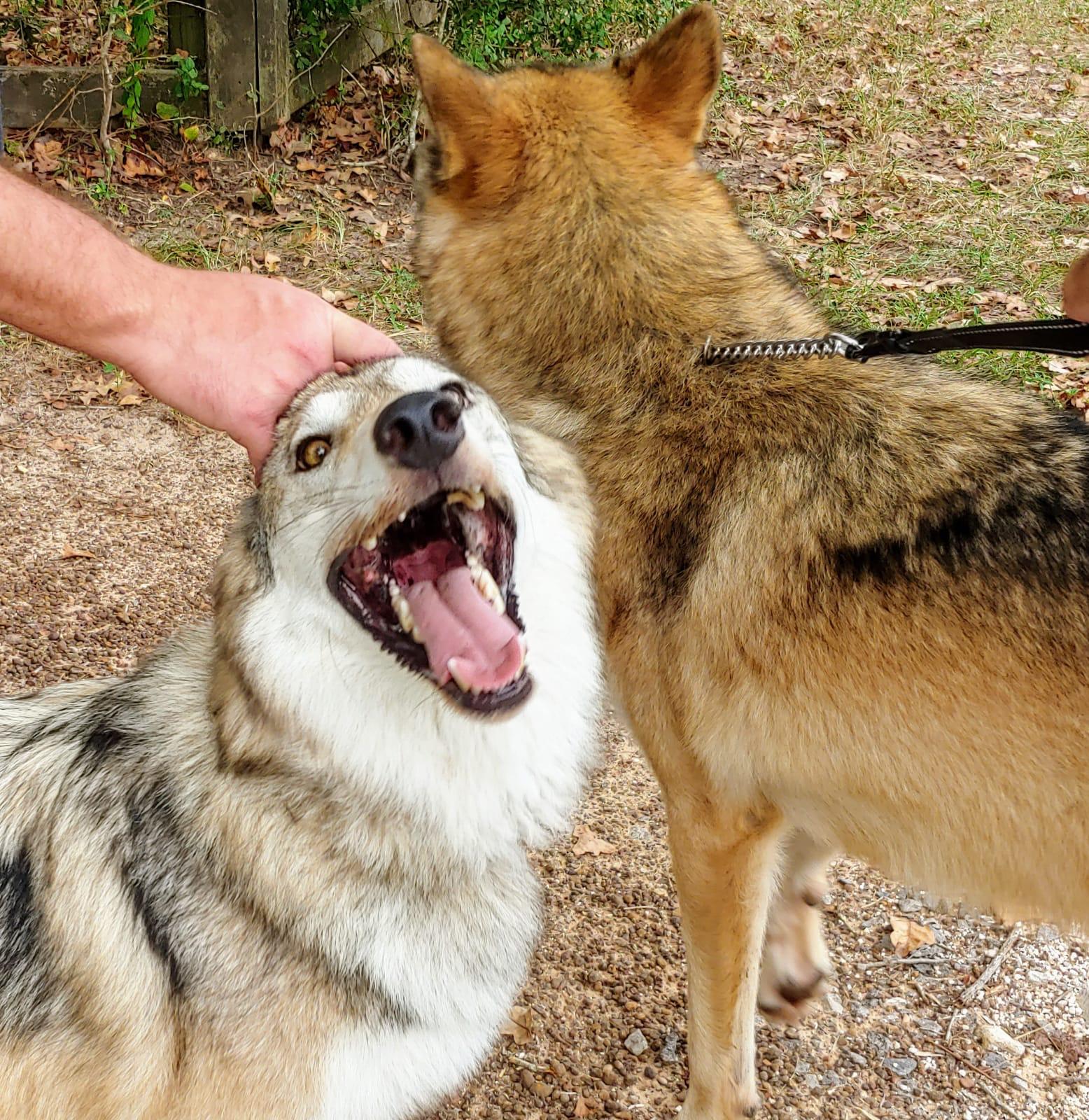 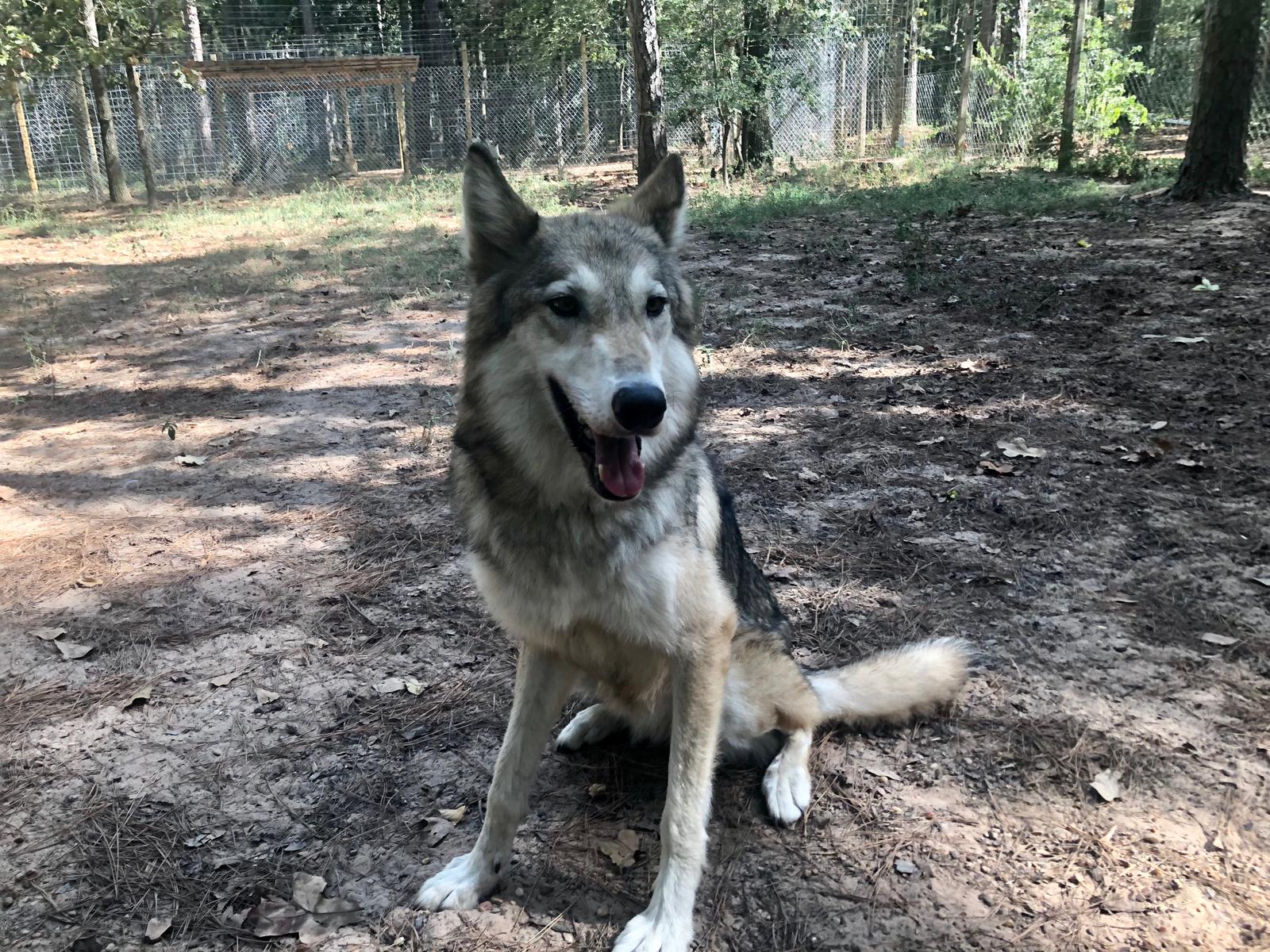 Hi there! My name is Tala and I’m a mid-content wolf dog from Colorado! I lived with my mom and family since I was just a puppy. Unfortunately, they had to move to an area that would be too small for me, but luckily TWP was looking for a new buddy for Two Socks- so off I went to Texas! I’m very friendly with women, though I can be pretty shy with men until I get to know them. I get along pretty well with male dogs but would also be fine being an only-pup! Come and see me and my pal Two Socks soon!