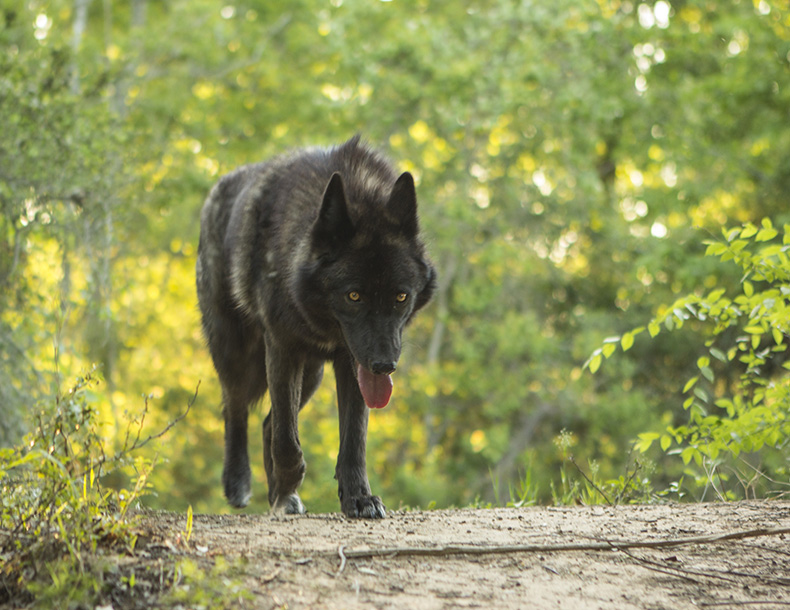 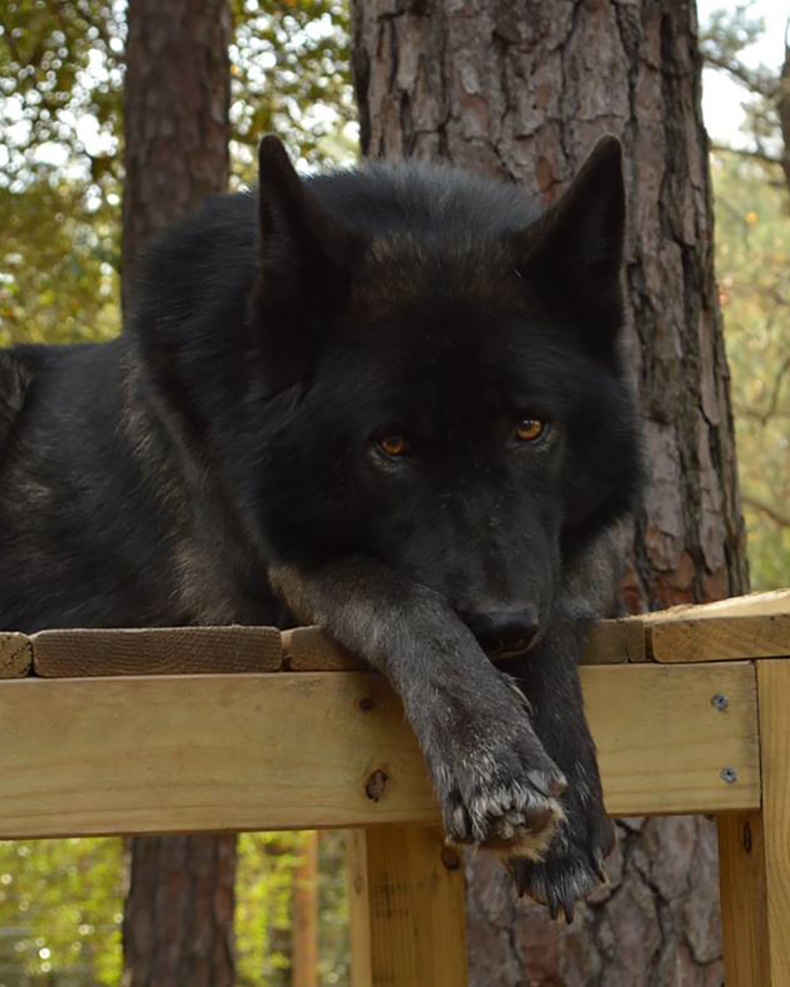 Reagan is the grand dame of TWP.  A mid-content, she was rescued in 2009 by TWP Vice President Natasha Woodall.  Reagan’s first owner was unfamiliar with wolf dogs as was her veterinarian. Consequently, Reagan suffered from poor health. Once Natasha became the lady in charge, Reagan began to enjoy life as a wolf dog should. Now Reagan is General’s roommate. Only half his size, Reagan is the boss and General let’s that happen so Reagan keeps her in-charge voice to a low growl. Reagan will also let a person know when she is ready for attention, for she is a sweet, gentle soul who appreciates good health and happiness.