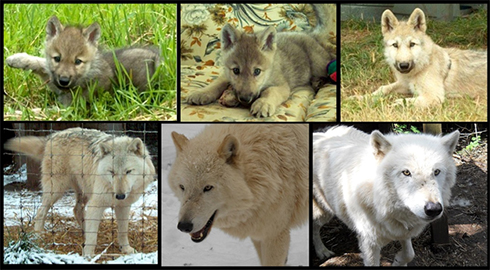 Like all subspecies, Arctic Wolves (Canis Lupus Arctos) are not born white. Shown here is a 98% F1 Arctic Wolfdog

Arctic wolves are not the same as white phase wolves of other subspecies. Like all wolves, Arctic wolf puppies are born a dark solid color and after a several weeks, have a distinct look about them until they turn white- a kind of “dirty face” marking on their face running from the inner corners of their eyes to the sides of their muzzle. 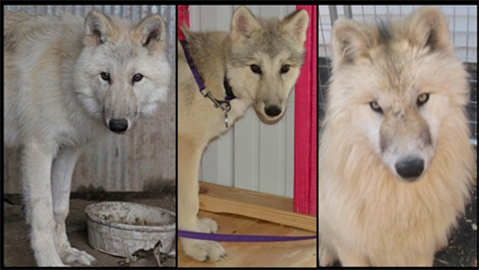 Many unscrupulous breeders will try to pass off either other subspecies of wolves or, in the more common case, white dogs as arctic wolves/crosses not knowing that not only are arctic wolves not born white, but they are also more uncommon where breeding is concerned.  Most arctics also stem from just a couple pairs of original breeding animals and most are highly inbred due to this fact. Please remember that just because an animal is white, that does not mean it is an arctic wolf/cross.

NOTE: The very few cases of high content arctic wolfdog crosses being born white or pie-bald was the result of severe (and several generations) of inbreeding or several generations of line breeding where BOTH parents carried the white gene from the dog in their lineage. Please note that this is extremely uncommon. We're not kidding here. 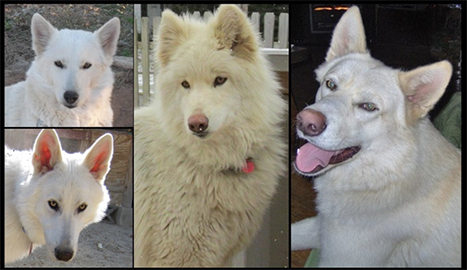