Misrepresentation is a huge issue, ranging from back yard breeders selling yellow-eyed, lab mix puppies as 70% wolf for a 300 bucks to a mix of malamute/shepherd/husky crosses being labeled as 98% MacKenzie Valley/Arctic/Buffalo/Mexican Grey/Tymberland…*insert more random or fictional subspecies of wolf here* and sold for upwards of 1,500 dollars!

The damage that misrepresentation does to regular “wolfy” looking dogs is horrible as well.  Many highly adoptable dogs have been euthanized or deemed “hybrid rescue” only due to being mislabeled/misrepresented by their owner or by the shelter staff.

Many of the mislabeling issues stems from people clearly not knowing what a wolf looks like. Above we posted about phenotyping based off of pure wolves. Well here are the top three Myth vs Facts about the many traits displayed in dogs that many people believe are wolf traits. 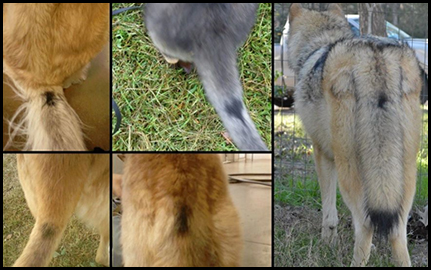 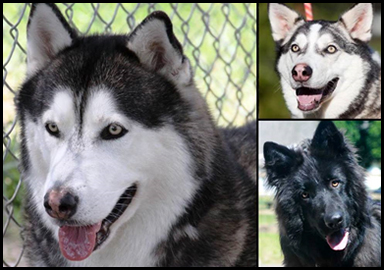 Actual Answer: There are many dog breeds that can have light colored, yellow or even green eyes. Dilutes (such as liver or blue) will have lighter colored eyes.  However, even dark pigmented dogs, such as black German Shepherds or black and white Alaskan Malamutes can have yellow eyes. 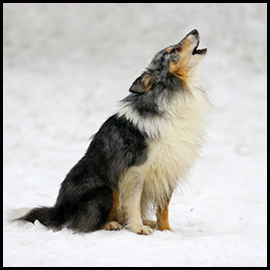 Actual Answer: Howling is in instinctual behavior found in…guess what…ALL DOGS! Howling is a form of communication, and while domesticated dogs may not do it as often, there are many breeds, specifically northern breeds, that will howl on a regular basis- especially if there is a siren or something else that stimulates them to do so. 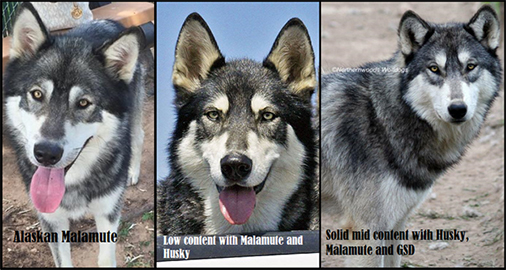 While there are MANY more traits and even more reasons why people are misled into thinking their animal is part wolf, or more wolf than what is really present, ultimately it is going to be up to the individual to want to learn the difference and ultimately the truth. 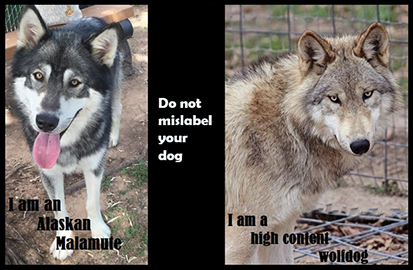 In the end it is about the animals and they are ultimately the ones that suffer due to our ignorance and pride.  Wolfdogs are illegal in many states and even within cities and counties in illegal states. There is no federally approved rabies vaccine for wolfdog crosses either. As a breeder, owner or shelter worker- claiming animals to be part wolf when they are not (or are not as much as being claimed) is not only misleading to others, but also dangerous. Dangerous for real wolfdogs and dangerous for the dogs that get mislabeled.

Please do your research before adopting or purchasing any wolfdog of any content.

And please DO NOT mislabel/misrepresent your animals.